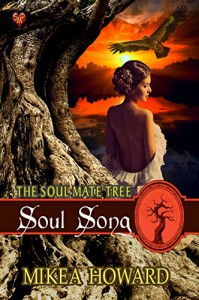 This book was provided to me free of charge in exchange for an honest review. All opinions are definitely my own

This book is not a stand alone from obvious as I felt so lost when I first started reading it. This is book #2.5 in the author's own series called 'The Diesel War', so it would have been nice to know some backstory or something to be able to follow this along.

Like a "catch me up" synopsis before the actual story maybe? Now I was thinking not the entire store will have this shifter thing going on but boy was I wrong. They have so many of them such as werewolf shifters, eagle shifters, good vs bad shifters, Gods and Goddesses.

This book is about Guatimozin, Tim, an eagle shifter that helps people in the realm between life and death cross over to their loved ones. He is quite selfless and has never want for anything until he meets Dottie.

The writing style is fluid, well developed, and at a steady pace with the authors doing a great job with the worldbuilding and really provided so much detail in their writing that it was easy to picture.

However, There are some very predictable scenes yet there are still a few unexpected twists and turns that you won’t see coming! Unfortunately, I had a really hard time following along and had to re-read several passages over and over again.

So, this book is filled with the characters, settings, scenes, backstory, and language; called Diesel Speak from the author’s other book series, The Diesel War Book Series. This certainly made things more complicated and confusing. I definitely felt like I had walked into the middle of a movie, instead of what I had come to know with these mostly standalone Soul Mate Tree Books.

So, I cannot suggest this book to be read as a standalone. However, you do not need to read the previous nine Soul Mate Tree Books to understand this one; in fact, that wont help at all. I would suggest reading the first two books of The Diesel War Book Series before picking up this book.

I read and review books in the middle of the series with fair amount of the time having not read the previous books in that series. Usually, I have no trouble following along. Yes, there is overlap of characters, backstory, settings, etc. However, most authors gently remind the reader about what happened in the previous book(s) during the first couple chapters. Yes, I probably wont get all the inside jokes and not realize some things, but I can still read the book and get the jiff of things. With this book, I felt like I might as well have been reading it in a different laungage I could barely understand. Which is truly sad to say, because I loved the characters, great storyline, fantastic world-building, immaculate attention to details, fluid writing style, and I am loving the Soul Mate Tree Books. So, I was quite heartbroken and disappointed that this book didn’t live up to its predecessors.

With that being said I did enjoy reading the book even though I found myself rereading a few passages. Being confused at turns and seeing where this book ended was all beauiful. I hate that I was walking into a middle of a series but glad I found this book as I will be looking into the Diesel War Books to catch up where I am know. This book will be recommended to anyone who loves romantic, fantasy or paranormal readers. Which is why I give Soul Song a four and half out of five stars.